It was gathered that the notice was based on a request from the Economic and Financial Crimes Commission (EFCC) which had on November 18, 2015 written to the Inspector General of Police, Solomon Arase, seeking his assistance “to issue an INTERPOL Red Alert” on Maina, who had been charged to the Federal High Court on July 10, 2015. 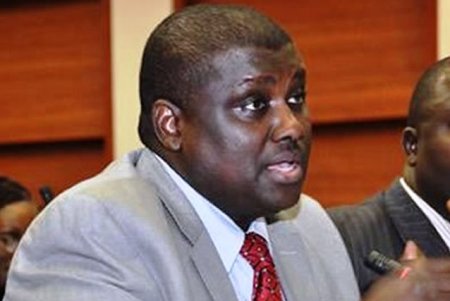 In a response to the anti-graft agency’s request, Olushola Subair, Commissioner of Police, INTERPOL, in a letter dated 11th January, 2016 and addressed to the Chairman, EFCC, Ibrahim Magu, informed the agency that its request had been processed and a notice duly issued by the INTERPOL, Daily Trust gathered.

In its response, Interpol noted that: “Be informed that the Bureau has taken necessary action on the wanted fugitive as requested with INTERPOL General Secretariat, Lyon, France.

He has been published on the INTERPOL Red Notice accordingly.”