A web of intrigues surfaced on Monday as Lagos State Governor, Mr. Akinwunmi Ambode, and two others, Mr. Jide Sanwonolu and Dr. Obafemi Hamzat, picked the governorship nomination forms for the All Progressives Congress (APC) ticket for the 2019 contest in the state.

The three of them are known godsons of the party’s national leader, Senator Bola Tinubu, who, it has been variously speculated, has unresolved issues with Ambode. 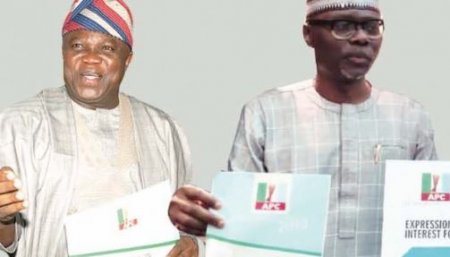