Olusegun Idowu, a witness of the Economic and Financial Crimes Commission (EFCC) in the ongoing trial of the then Director for Media and Publicity of Jonathan’s Campaign Organisation, Femi Fani-Kayode, has said ex-President Goodluck Jonathan still owes him N24m for printing his campaign posters during the 2015 general elections.

Fani-Kayode is standing trial on an alleged N4.9 billion fraud alongside a former minister of State for Finance, Nenadi Usman, one Danjuma Yusuf and a company, Joint Trust Dimensions Ltd.

They are standing trial on a 17-count charge bordering on conspiracy, unlawful retention of proceeds of theft and money laundering.

In the charge, Fani-Kayode was accused of conspiring with the other accused to directly and indirectly retain various sums, which were proceeds of crime.

EFCC also said that Fani-Kayode allegedly committed the offences between Jan. 8 and March 25, 2015.

They all pleaded not guilty to all the counts. 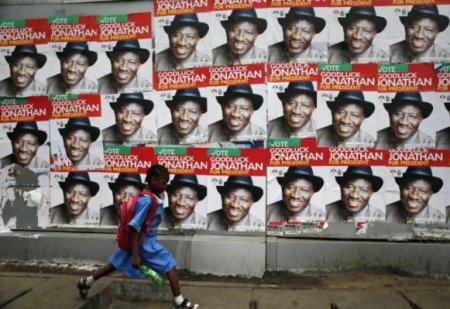 Meanwhile, Idowu while giving evidence in court said the N24 million was part of a total of N54 million which was for pasting of posters and consultancy jobs, his company did for the ex-president’s campaign organisation during the 2015 election.

“My company is being owed N24 million for printing ex-President Goodluck Jonathan’s campaign posters during 2015 presidential election,” he said.

Justice Rilwan Aikawa, however, after listening to the arguments, adjourned the case until Nov. 20, 21 and 22 for continuation of trial.