The Independent National Electoral Commission, INEC is to conduct supplementary elections on December 5 in the 59 polling units where the governorship election was cancelled in Kogi State last Saturday. 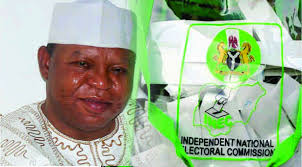 Besides, the All Progressives Congress, APC which was coasting home to victory before the election was declared inconclusive is to present a candidate to replace Prince Abubakar Audu, the party’s candidate who died in the midst of the election.

The choice on who becomes the candidate it was gathered would be left in the hands of the APC.

Nov 19, 2017
ProfRem
P
A
Politics Kogi: Abubakar Audu's Son Finally Reveals The Cause Of His Death