Governor Akinwunmi Ambode of Lagos State has said that commencement of the construction of flyover bridges for two of the state’s high-density traffic zones – Ajah roundabout and Abule Egba junction will start soon. The two major projects were approved by the State’s Executive Council and have been duly awarded to contractors.

In a statement yesterday by Commissioner for Information and Strategy, Mr. Steve Ayorinde, the projects will be completed within 16 months. 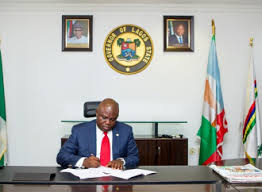 The statement said the construction of the reinforced concrete flyover and signalized intersection at Ajah roundabout will be undertaken simultaneously with the rehabilitation of Freedom Road in Lekki, with a view to reducing the heavy traffic being recorded at the roundabout and the Lekki/Ikoyi axis.

The commissioner said the Ajah Bridge would have a solar-powered signalised intersection to improve traffic, while the upgrade of Freedom Road is expected to ease traffic considerably for vehicles using the Third Roundabout to connect Lekki through Admiralty Way.

Curators
Best of luck to people living in Ajah during the construction. For the investors on that axis, those who live in Ikoyi and have properties in Ajah, this is great news