The Lagos State Government has revealed plans to cancel restriction during the monthly environmental sanitation in the state by the end of the year.

The Commissioner for the Environment, Dr Babatunde Adejare, stated this on Thursday at the monthly briefing of the ministry. 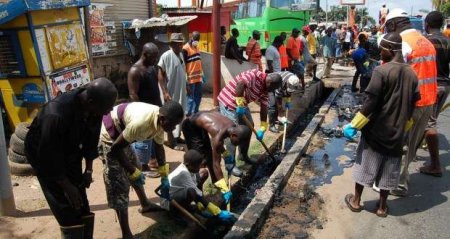 “Governor Akinwunmi Ambode, in line with his responsive government, hopes to discontinue restriction during the monthly environmental sanitation exercise,” he said.

He said the governor believed that as the fifth biggest economy in Africa, Lagos State should function round the clock, adding that the government could no longer afford to keep shutting down the megacity because of sanitation.