About 10 persons were crushed to death on the Lagos-Ibadan Expressway on Wednesday after an 18-seater Mazda bus collided with a truck opposite the Four Square camp, in the Ajebo area of Ogun State.

Eyewitnesses said that those who died were initially taken to the roadside before they were taken away.

It was learnt that the commuter bus with number plate, APP 912 XH, was driving against the traffic (one way) and moving towards Lagos when it rammed into the truck, marked, GGE 338 XL, which was heading for Ibadan, Oyo State. 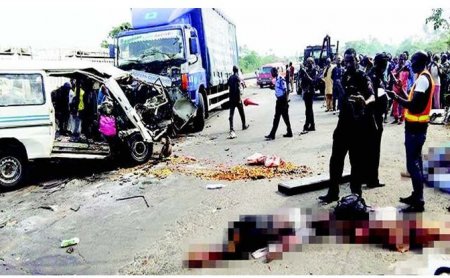 PUNCH Metro learnt that 10 of the passengers in the bus, including its driver, died on the spot while others sustained varying degrees of injuries.

The Head of Operations, FRSC, Ogun State Command, Deputy Corps Commander, Divis Ogiamiem, said the accident was caused by wrongful overtaking by the driver of the commercial bus at a section of the road where there was a traffic diversion. 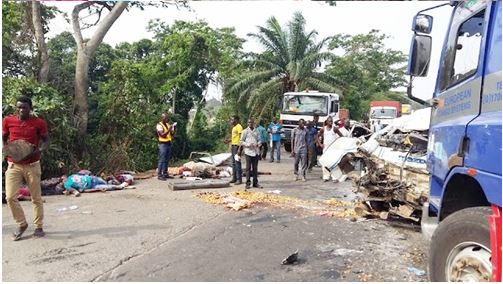 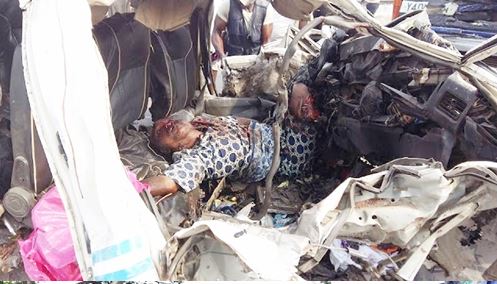