Curators
Manchester United have sacked Louis van Gaal just two days after the Dutchman led them to victory over Crystal Palace in the FA Cup final. 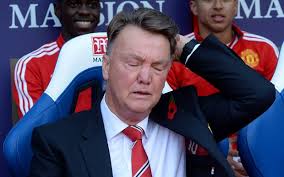 Van Gaal has been made to pay for United's poor Premier League campaign and will be replaced by former Chelsea boss Jose Mourinho.

Meanwhile, Jose Mourinho expects to have more talks on Tuesday ahead of signing a three-year deal with his long-term assistant Rui Faria and goalkeeping coach Silvino Louro expected to follow.
Last edited by a moderator: May 23, 2016

Aug 5, 2021
Kayode Israel
K
C
Sports ‘I didn’t give a f*ck about the No 7’ – Footballer, Angel Di Maria reveals his ‘problem’ at Manchester United, says Van Gaal was the worst...- LIB