Customs operatives attached to the Tin-Can Island port command of the Nigeria Customs Service, (NCS), have intercepted a cache of arms and ammunition allegedly being smuggled into the country by criminally minded importers.

The Customs Area Comptroller, (CAC) of the command, Mr. Yusuf Bashar who made this disclosure said that the healthy collaboration amongst security agencies working in the command led to the interception.

“Over 980 rounds of live 9mm ammunitions and one Taurus pistol with number THX43606 were part of the items found”, he said. 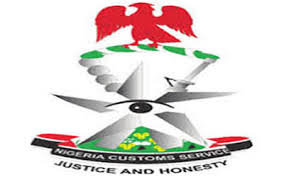 According to DailyTrust, the arms and ammunition were said to have been carefully concealed in a container that was shipped into Nigeria from Europe.

One person who claimed to be agent to the owner of the consignment has also been arrested.

He is presently helping security operatives to unravel the identities of those behind the illegal importation of arms.

Also contained in the seized container were a pair of black boot, a military face cap, a pair of camouflage hand gloves and an army coloured plastic container.