The Nigeria Mining Cadastre Office said on Monday that six foreign mining companies and Dangote Group of Companies would commence mining of gold, iron ore, coal and lead/zinc in 2015.

The Director-General of the Office, Mr Mohammed Amate, made the disclosure in an interview in Abuja.

He said Kogi Mines; an Australia Mining Company based in Kogi had concluded exploration programmes, adding that it would commence mining of iron ore in Agbaja in the state in 2015.

Amate said that the company had completed its four-year exploration and that it had delineated more than 500 million tonnes of iron ore.

He said Segilola Nig. Ltd would also begin mining of gold in Iperindo area of the IIesha Schist belt of Osun.

Amate said that so far, the companies had also carried out the same exercise and delineated more than one million ounces of gold in the area.

He said that Mines Geotechniques Nig. Ltd and Northern Numero Resources Ltd, both Australian companies and would begin mining of gold this year in Kebbi.

Amate said the Federal Government had last year signed Memorandum of Understanding with the companies to commence mining t in the state.

He disclosed that Dongote would conclude its coal exploration in 2015 and was expected to immediately commence mining of coal in Kogi and Benue.

He said that Dangote had been working toward commencing coal mining in both states, adding that the company held mining titles covering limestone, coal and gypsum.

The director-general said the West African Polaris Investment Ltd, a Chinese company, would commence mining of tin and columbite in Nasarawa State.

He said the Tongyi Allied and Mineral Services Ltd, another Chinese company, would begin mining of lead/zinc in Wasa, Plateau State.

Amate said the two companies would commence major mining operation in various locations in the two states as they have delineated their reserves.

He further said that 169 Small Scale Mining Companies had already begun mining gemstone, gold, lead/zinc, columbite/Tantalite among others across the country.

Amate advised the miners to carry out their operations legally, pay their fees promptly to the government as well as reclaiming mines sites after activities as provided by the law.

He also warned miners not to discharge any harmful materials into any environment that could pose danger to lives.

''If you are discharging anything you make sure that you discharge safety. You make sure you check the acidic, PH value. Do not discharge anything harmful,’’ he stressed.

He said Nigeria had been losing a lot of money to illegal mining but the government had put in place measures to checkmate the challenge. 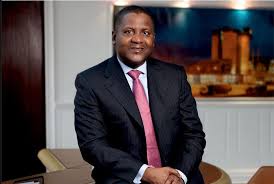