The number of internet users on Nigeria’s telecoms networks has hit 97.21 million, up from the 95.37 million recorded in August, according to figures released by the Nigerian Communications Commission (NCC). 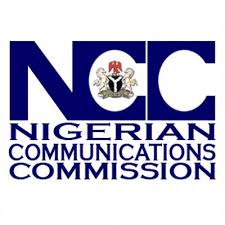 The telecoms regulatory body made the disclosure in its Monthly Internet Subscriber Data for September, obtained by the News Agency of Nigeria (NAN) on Sunday in Lagos.

The data revealed that internet users on both Global System for Mobile communications (GSM) and Code Division Multiple Access (CDMA) networks, increased by 1.84 million in September.

The data showed that of the 97.21 million internet users in September, 97.06 million were on GSM networks, while 151,816 users were on CDMA networks.

MTN has 41.84 million subscribers browsing the internet on its network.


According to the data, Globacom has 21.89 million subscribers surfing the net on its network in September. 20. 77 million surfed the internet on the network in August.

Airtel had 17.73 million internet users in September as against 17.49 million customers recorded in August.

The data showed that internet users on the Airtel network increased by 235,941 in September.

NCC also said that Etisalat had 15.59 million customers who browsed the internet in September, against the 15.54 million users in August.

The data showed that those browsing the net on Etisalat’s network rose by 57,061 in the month of September.

The NCC data also revealed that the CDMA operators, Multi-Links and Visafone, had a joint total of 151,816 internet users on their networks in September.

It showed that the only two surviving CDMA networks in the country recorded a decrease of 367 internet subscribers in the month under review, from the 152,183 users they recorded in August.

According to the data, Visafone has a decrease of 393 customers surfing the internet in September, as it has 151,530, compared to the 151,923 users in the month of August.

Multi-Links had 286 internet users in September, adding 26 customers from the August record of 260 users.

The increase in the use of the internet in the month of September showed that more Nigerians were embracing data as the next revolution as the country moves towards achieving 30 per cent broadband penetration by 2018.