The Nigerian Army has commenced investigation into the recent killing of some pro-Biafra protesters in some parts of the south-east zone, especially Aba in Abia state, allegedly by its officers.

The Chief of Army Staff, Lt. Gen. Tukur Buratai, who made the disclosure while addressing newsmen during his maiden visit to the headquarters of 82 Division of the Nigerian Army, Enugu, said a situation where troops open fire for the sake of fun would not be tolerated, adding that the investigation would be thorough. 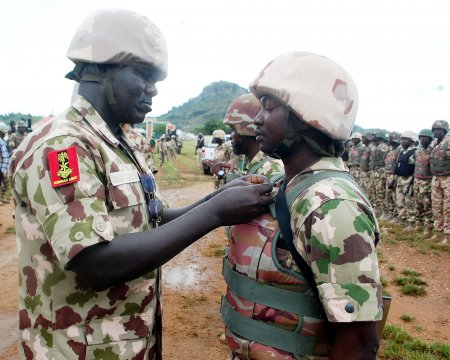 It stated that anybody found culpable would be decisively dealt with in accordance with the provisions of the law.

“We are already investigating. Such incidences, when they occur and result in loss of lives, we usually investigate, that’s our procedure and just as I told you, we have our own rules of engagement, definitely, troops cannot just open fire, just for the sake of fun, we are investigating the matter,” he said.