Northern politician and activist, Hajiya Najatu Muhammad, has rejected a federal appointment as the Chairperson of Dutse Federal University.

Muhammad, however, seemed to have taken exception to the fact that her appointment was announced through the media, saying she was not consulted.

In a quarter-page newspaper advert published in Daily Trust on Monday and addressed to Adamu Adamu, minister of education, she wrote: 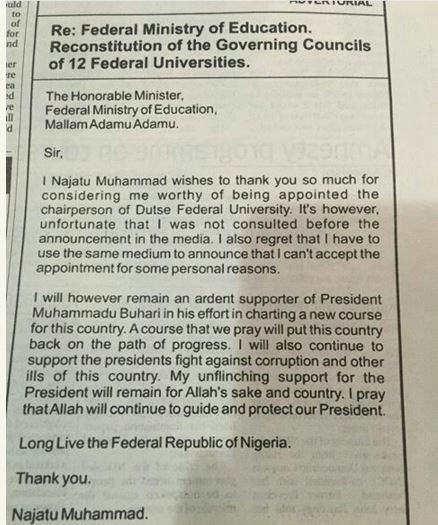