Organised Labour, Thursday, vowed to cripple operations in the banking sector over ongoing mass retrenchment of workers, throwing its weight behind the threat by the Federal Government through the Minister of Labour and Employment, Senator Chris Ngige, to withdraw the licenses of banks that breached its directive to halt further retrenchment.

This came as Labour issued a 21 day ultimatum to the affected banks to recall the sacked workers or risked unprecedented industrial action.

At a joint briefing in Geneva, leaders of Nigeria Labour Congress, NLC, and the Trade Union Congress of Nigeria, TUC, insisted that they would picket banks that indulge in further mass sack of their employees, saying that the Federal Government was right to have threatened erring banks with withdrawal of their licenses if they refused to halt the gale of mass retrenchment of workers. 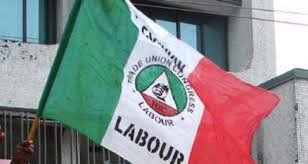 Speaking at a a briefing at the venue of the on-going 105th International Labour Conference, ILC, in Geneva, Switzerland, both Ayuba Wabba and the TUC President, Bobboi Kaigama contended that just like the banks disobeyed the laws of the country and retrenched workers “we will picket them to show them that they do not have monopoly of law of disobedience.”