The potency in love has again come into play as Antonieta Robles Saouda, 25, was arrested after she tried to break her boyfriend out of prison by stuffing him into a hot pink suitcase and wheeling him out, according to Central European News agency.

She went to the Jose Antonio Anzoategui prison in Venezuela with her 6-year-old daughter to visit her lover, Ibrain Jose Vargas Garcia, with a plan to leave the facility as a happy family.

But her prison-break plan failed when she struggled to push the overstuffed suitcase, prompting guards at the prison to inspect the luggage.

When they unzipped it, they discovered Garcia curled up inside — contorting his long, lanky body into the bag that was also stuffed with some of his daughter’s toys.

Garcia was immediately thrown back in the jail, where he is already serving a nearly 10-year sentence for a car robbery.

Saouda was also arrested and their daughter was taken into temporary custody by social services.

Authorities snapped a photo of the solemn-looking lovers both in handcuffs with their pink escape mobile — Saouda looking sadly down at the ground while Garcia stares directly into the camera with a blank expression. 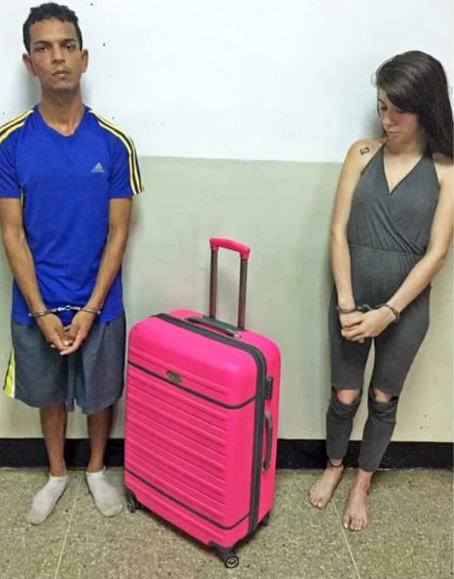 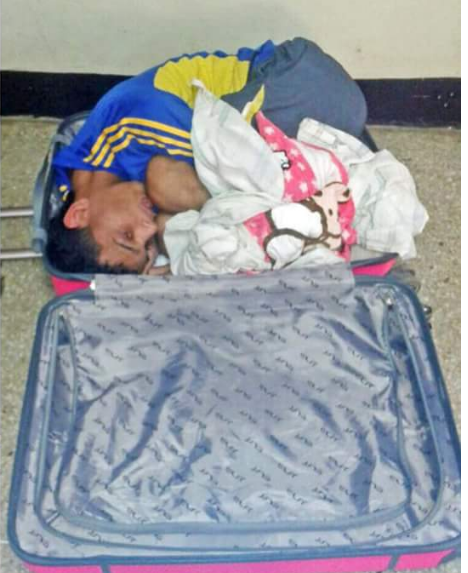 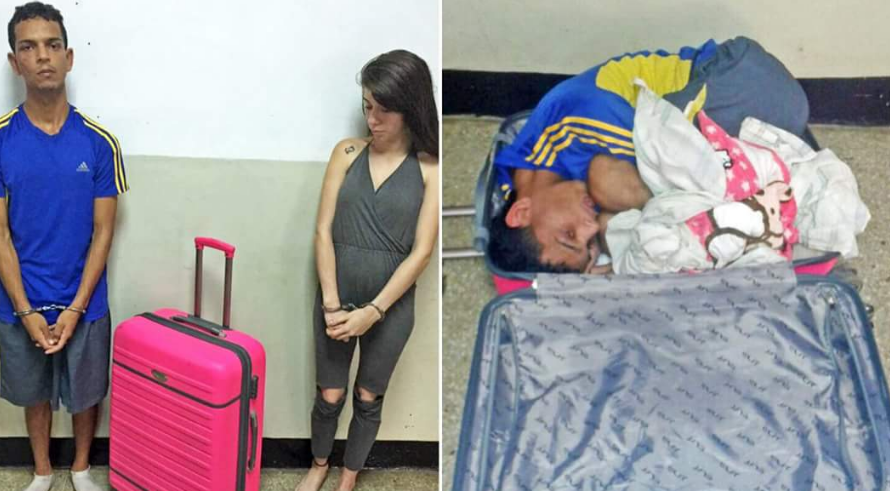 Mar 20, 2022
ese
E
M
Metro Graphic Photos Of A Woman Bathed With Acid By Her Young Ex-lover In Anambra – Naijaloaded