Mofe Damijo was among A-listers and who recently won the AMAA Lifetime Achievement Awards for his contribution to the African Motion Pictures along side Olu Jacobs and Joke Silver on June 11th at Dr Obi Wali event center, Port Harcourt. He dedicated the award to the youths and newly born of the Niger Delta.

The former commissioner for Culture and Tourism in Delta state (popularly known as RMD) won the Africa Movie Academy Award in 2005 for Best Actor in a Leading Role. 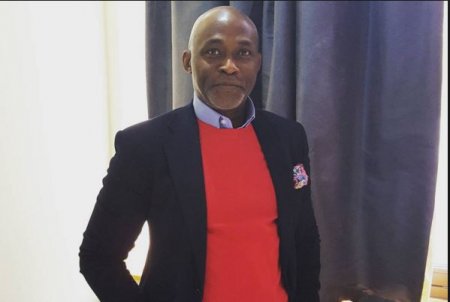 Born on July 6th 1961 in Warri, Delta State, Nigeria, he attended Midwest College, Warri and Anglican Grammar School and was a member of the Drama Club. He enrolled into the University of Benin to continue his education and studied Theatre Arts. In 1997 Damijo returned to the university to study law at the University of Lagos and graduated in 2004.

The actor after graduating from the university, took part in a television soap opera in the late 80’s called Ripples. Before then, he had a stint with Concord Newspapers and Metro Magazine as a reporter. Out of Bounds was the first film for which he received a writer/producer credit.

Mofe-Damijo was married to the late May Ellen Ezekiel, a journalist popularly known as MEE. After MEE’s death in 1996, he married again, this time to former Jumoke Adegbesan. He has five children in total; four from his current marriage and one from his previous marriage with MEE.
A

Entertainment “My Whole Household Are Calling Themselves Marlians” – RMD – Nairaland