The Nigerian Football Federation (NFF) has released a 35-man provisional list for the Rio Olympics games starting on August 5, in Brazil.

Players who have had experience playing in the Nigeria senior team constitute half of those listed in Coach Siasia’s provisional squad of 35, who will train in the USA before a final list of 18 is drawn up just before the trip to Brazil. 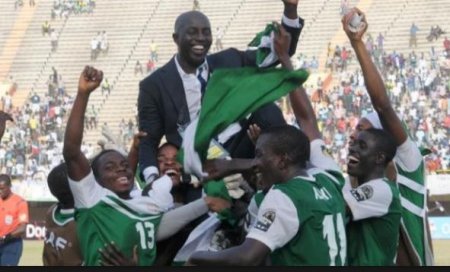 Nigeria’s U-23 Football team will depart the country next week for a final training camp in the United States of America ahead of this year’s Olympics in Rio de Janeiro, Brazil.

The NFF also announced that after the friendly, the Nigeria U-23 squad will continue its training camp in the United States of America and will play Charleston Battery FC in Atlanta on Saturday, 16th July.

A game against the Honduras U23 team is also being planned for July 27.