Metro Saraki vs Danladi: 6 Things That Happened at the CCT Today

The Code of Conduct Tribunal resumed today with much deliberations on the motion filed by the Senate President, Bukola Saraki calling for a disqualification of the CCT Chairman. 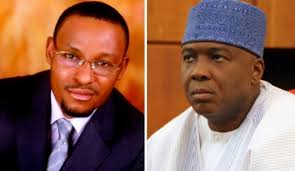 Here are the highlights of the proceedings:

1. Paul Irokoro, SAN, one of Saraki’s counsels accused the CCT Chairman of being bias in the ongoing trial as contained in the fresh motion filed by the defence team.

2. He insisted that the tribunal Chairman should disqualify himself from the ongoing trial. Irokoro argued that base on section 30 of the constitution, Umar can no longer preside over the matter.

4. Prosecution counsel, Rotimi Jacobs, SAN, responding to Irokoro’s submission, said the Chairman made no statement on prejudice, thus, he can proceed on the matter.

5. Rotimi urged the tribunal to dismiss the motion filed by Saraki because it’s frivolous and an abuse of legal processes.

6. After listening to both counsels, Umar adjourned the matter till July 13 for ruling on the motion.