Players of Nigeria Professional Football League (NPFL) club, Shooting Stars refused to train on Tuesday, in protest of non-payment of their salaries. 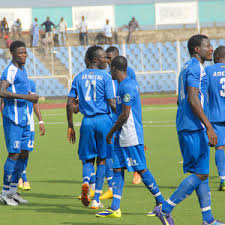 According to reports, the players are being owed five months’ salaries and bonuses for 10 matches.

It is understood that the strike was planned since last week, but was put on hold due to the importance of last weekend’s NPFL clash against traditional rivals, Enugu Rangers, which they won 2-1.

“They refused to train today because they want their outstanding salaries and also they wish to sight the contracts they signed with ‘The Oluyole Warriors’,” a top source informed AfricanFootball.

It remains to be seen if the Oluyole Warriors, will honour this weekend’s Match Day 36 fixture against fellow relegation battlers, Warri Wolves.

Feb 1, 2016
Babalola Oluwatomiwa
B
K
Sports All You Need To Know About The 3 Teams Promoted To NPFL