The kidnapped mother of Samson Siasia, Nigeria’s Under 23 coach, has regained her freedom. 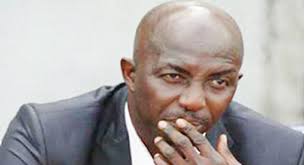 It was gathered that the septuagenarian who was forcibly taken away on a motorcycle exactly twelve days ago was rescued Saturday along the East-West road by men of the Anti-Kidnapping Unit of the Bayelsa State Police command where she was abandoned by her captors.

“Madam Beauty Siasia, who was abducted on the 16 November, 2015, was abandoned by her abductors along the East West Road, at about 0130hrs, 28 November, 2015, due to hot pursuit by the Anti-Kidnapping Unit of the Police Command” Spokesperson