It was a pathetic scenes in Reagile, near Koster in the North West, as the coffins of seven victims of an alleged arson attack were lowered into their graves yesterday.

Along with the tears of sad mourners came emotional pleas from speaker after speaker for women to speak out against domestic abuse. 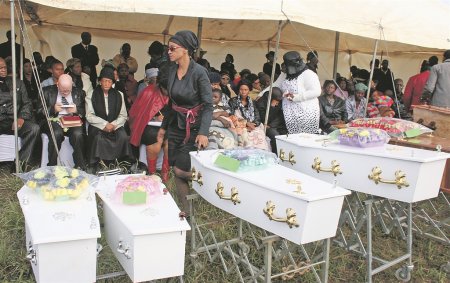 The 49-year-old suspect – who is in police custody for questioning – allegedly poured petrol in the shack belonging to the family after his girlfriend, Mammy Mwale, ended their relationship.