Curators
The British media is riddled with “barbarians” who would benefit from a lesson in manners from China’s ancient civilisation, a state-run newspaper said Thursday after Queen Elizabeth II called some Chinese officials “very rude”. 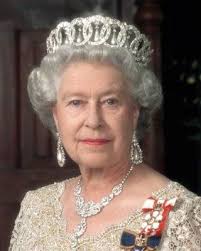 In a rare diplomatic gaffe, the British monarch was caught on camera at a Buckingham Palace garden party making unguarded comments about a state visit last year by President Xi Jinping that drummed up billions in Chinese investment.

The Global Times newspaper, which is close to China’s ruling Communist Party, blamed the British media for blowing the incident out of proportion and fawning over the footage as if it was “the most precious treasure”.

“The West in modern times has risen to the top and created a brilliant civilisation, but their media is full of reckless ‘gossip fiends’ who bare their fangs and brandish their claws and are very narcissistic, retaining the bad manners of ‘barbarians’,” it said in an editorial.
Share:
Facebook Twitter WhatsApp Email Share Link