The ongoing road construction in Lagos State could be the latest casualty in the political battle between Governor Akinwumi Ambode and All Progressives Congress National Leader Bola Tinubu.

Ambode’s ambition to retain his seat in the next election has come under attack from powerful interests affiliated to the leader and former state governor. Two former commissioners, Mr. Femi Hamzat and Jide Sanwo-Olu, have obtained nomination forms to contest the party’s ticket in the coming direct primary scheduled to hold September 25. 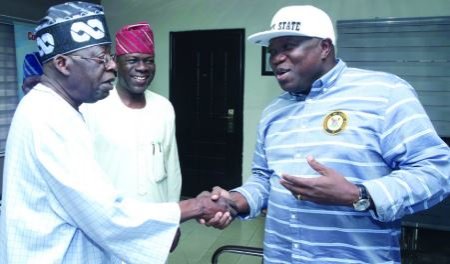