A top Egyptian state official, Ambassador Salah Abdel Sadek has blamed Tom and Jerry, the feuding cat-and-mouse duo from the classic children's cartoon for the rise of ISIS. 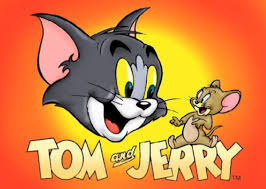 Sadek who is head of Egypt's Information Service said, the cartoon as well as video games and 'violent' movies helped to spark violence and extremism across the Arab world; DAILY MAIL reports.

During a speech at a conference called "The Media and the Culture of Violence" at Cairo University, Sadek said, "[Tom and Jerry] portrays the violence in a funny manner and sends the message that, yes, I can hit him … and I can blow him up with explosives. It becomes set in [the viewer’s] mind that this is natural. ''

May 8, 2016
kemi
K
K
Femi Fani-Kayode: Nigeria and the implications of a Donald Trump presidency [Part 1]