World Unbelievable! See the Pig That Was Born With the Face of a Monkey

A piglet born with the face of a monkey has baffled locals and prompted both experts and social media users in Cuba to speculate on what could have caused the defect.

According to Mirror UK, the piglet born with the head of a monkey could be a result of 'environmental pollution'.

Images and video of the animal quickly went viral on social media, as viewers branded the strange creature 'a monkey pig'.

The animal appears to have a considerably shortened snout as well as monkey-like ears and eyes.

Sadly, the piglet died just four days after it was born. 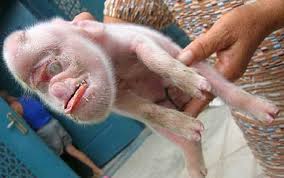 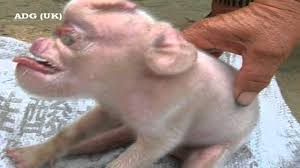 May 20, 2017
kemi
K
P
Metro Otodo Gbame: A Fishing Community, Home Of The Poor That Was Demolished By Nigerian Police