Metro Update On The Lagos Yahoo Boy Who Tried To Kill His Mother For Money Ritual - Tori.ng

Following alleged attempt to kill his mother for money ritual, a court has given a new order for the law to be enforced against the suspect.

A 29-year-old man, Taiwo Akinola, was yesterday remanded in prison by an Ebute Metta Chief Magistrate’s Court, in Lagos.
Akinola was arrested after he allegedly attempted to kill his mother by smashing her head
with a wooden stool, reportedly for money ritual purposes. Akinola, who pleaded not guilty, was arraigned on a one-count charge of attempted murder. 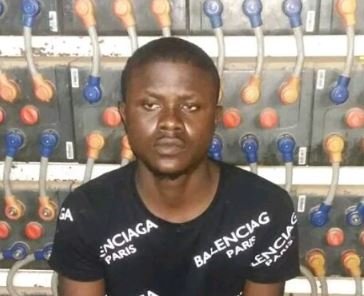 Metro OMG!! FUTO Student Arrested While Trying To Use His Colleague For Ritual (Photos) – Naijaloaded