The Nigeria Examinations Committee (NEC) of the West African Examinations Council (WAEC) said that they are withholding result of 118,101 candidates over allegations of examination malpractice.

it was reported by Daily Sun that the candidates were found copying from textbooks, use of mobile handsets and prepared answers allegedly smuggled into the examination hall. 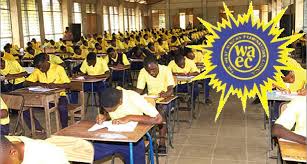 Others were aided by invigilators, while some colluded with and assaulted invigilators and another set were found to have extensively copied answers in the exam hall and in some extreme cases, candidates left the examination hall with scripts and attempted to submit the same after the stipulated time.

It was gathered that the Nigeria Examinations Council (NEC) of WAEC met between November 10 and November 12 to deliberate on the withheld results.

A source close to the NEC disclosed that, “some of the things the candidates were caught with were admitted as evidence and brought to the committee to enable them take a decision. The exhibits of candidates were in many mailbags and big envelopes attached with their written statements as well as comments by the supervisors/invigilators…”

The 118,101 candidates represent 7.41 per cent of 1,593,442 million candidates who sat for the May/June 2015 West African Senior School Certificate Examination (WASSCE).
Deputy Director, Public Affairs of WAEC, Mr. Yusuf Ari confirmed that the meeting was held but did not state the venue and decisions taken by the committee.