Curators
Vice President Yemi Osinbajo on Sunday February 23, disclosed that they had little doubts about Senators Ahmad Lawan and Ovie Omo-Agege before they emerged as Senate President and Deputy Senate President respectively.

Osinbajo made the disclosure at a Thanksgiving service for Mr Omo-Agege in Efurrun, Delta State. The Vice President described Omo-Agege as a brilliant and bright lawyer whose courage placed him at a spot of winning elections in a rugged terrain. 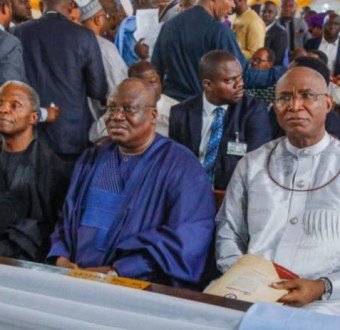