Taraba State Governor, Darius Ishaku has disclosed that PDP governors are begging the ousted chairman of the party, Senator Ali Madu Sheriff, to withdraw the court case he instituted challenging his removal.

Ishaku said this in Jalingo yesterday that Sheriff had done his best for the party and deserved to be honoured. 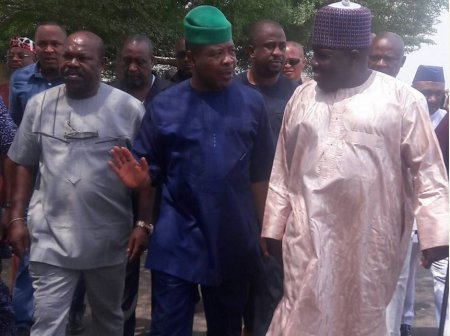 Ishaku recalled that he and the governor of Gombe State, Ibrahim Hassan Dankwambo, endorsed Sheriff as the only candidate for the party’s chairmanship from North-East.

He said they, however, changed their mind at the party’s national convention held in Port Harcourt, when Sheriff was rejected by 10 out of 12 governors.

“It’s only myself and Dankwambo that supported Sheriff at the convention and we have no option than to allow the voice of the majority to prevail,” Ishaku said.