The Nigerian military has vowed not to reveal the whereabouts of the remaining Chibok girls abducted by Boko Haram members.

Brig.-Gen. Abubarkar, who spoke with reporters in Port Harcourt yesterday, said: “Neither the military nor any security agency will give information on the Chibok girls in order not to jeopardise their safety.” 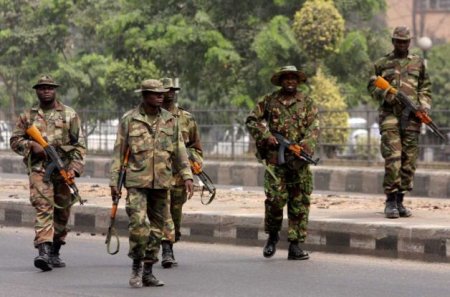 The acting director, who promised that the military would rescue the girls, insisted that “information on strategy to rescue them will never be disclosed”.

On Boko Haram, he said the terrorist group has been destroyed and its “members in disarray”.

He said the pockets of attacks being witnessed were carried out “by escapees”, stressing that “Boko Haram can never regroup as they did in Sambisa Forest.”

Metro US Department of State offers $7m reward to anyone with information that will lead to Boko Haram leader, Abubakar Shekau’s arrest – Linda Ikeji’s Blog