Curators
There was drama at the PCEA Church in Kanyama, Mathira Constituency, Kenya on Saturday, April 8th, when a wedding taking place was temporary stopped after a woman claims that the groom was her husband and father of her children.

The woman identified as Lydia Mugure stormed the church accompanied by her two children and demanded entry after police officers locked the main gate denying her and other church members access.

While outside the church, she cried that her husband had neglected her and their children since December 2016. She claims he was getting married to the officiating minister's secretary named Grace.

"We broke up on December 31, 2016. I have no problem with our separation but he has decided to marry again. I have two children, one aged 10 and the other aged 5. What I want is he takes his children with him. He has married another woman in pretence of having no children. I also want to marry without the stress of being a mother," she said.

"We have been married for ten years. I don't want him. On Wednesday, he had told me that the wedding would not take place. As at yesterday (Friday April 7th) plans of the wedding were still on. That is why I came here today to disrupt the wedding. Let us first settle the children dispute and then we can move on after that. He has a pending case at the children's court. He has been summoned four times to appear before the court, but he has never honoured the court summons" ranted Ms Mugure.

After exchanging their vows, the new couple quickly left the church while being hidden by family members. A crowd outside the church reportedly stoned the couple's convoy as it sped off.

Congregants, who attended the wedding criticized the officiating Minister named Moses Muturi for rushing the function, saying they had been informed of the wedding just few days ago. They threatened to boycott Sunday service unless Rev. Muturi apologizes and rectifies his mistake.

However, the Minister said the wedding can only be stopped by a court order.

"So, we had no reason to stop the wedding. So, the two's marriage is now formal. The former wife can go to court," said Rev. Muturi. 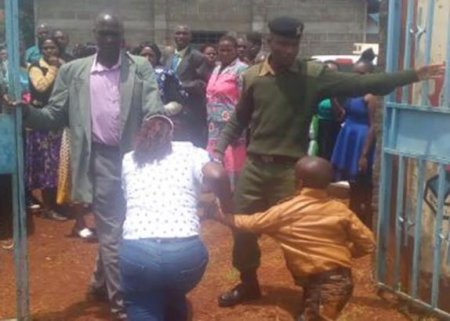 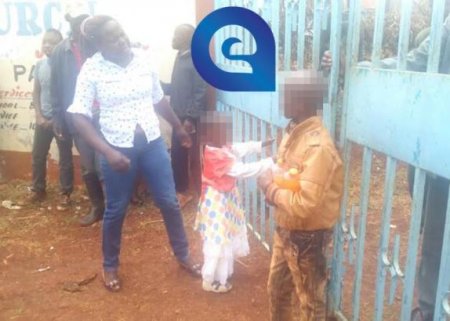 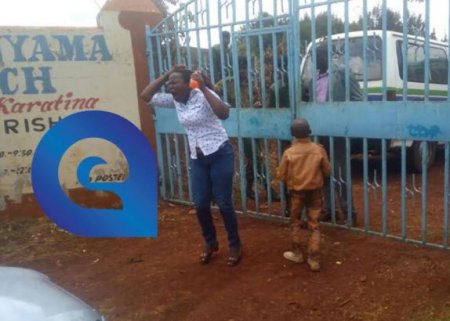 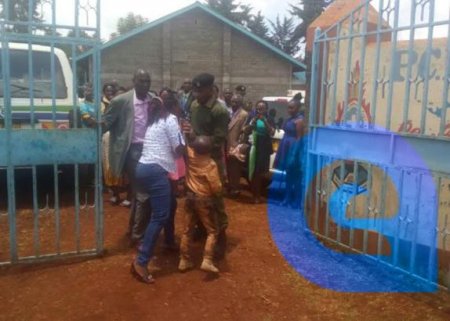 He is going to regret his decision.
A

I pity those innocent children
D

The man must definitely rush out from the marriage

Mar 28, 2020
Kenneth Chimaobi
K
E
Metro Pregnant woman and her five children among 7 people burnt to death by 'satanic' group who wanted them to "repent for their sins" (Photos) - LIB