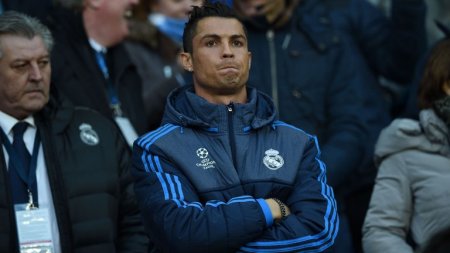 Ronaldo missed the weekend's La Liga win over Rayo Vallecano with a thigh injury and did not feature in the goalless semi-final first leg at the Etihad on Tuesday night, despite training the day before.

Benzema, meanwhile, was withdrawn at half-time against City, leaving his participation for the return leg at the Bernabeu on May 4 in doubt.

"We hope that they can both be fit for the second leg, that's the idea," said Zidane. "But we can't say right now. We have to see. We have to take it day by day and see how they are.

"Cristiano felt something after that last training session. That's why he didn't play. Karim, it was a little bit different. But at the end of the day, little by little, he felt a little bit worse in himself. We don't want to gamble with his fitness. We know how important both players are for us."

The second leg will be played on Wednesday 4th May 2015 at the Santiago Bernabeau.

K
Sports Champions League: We will do something magical – Benzema warns Man City ahead of second leg – Daily Post Nigeria