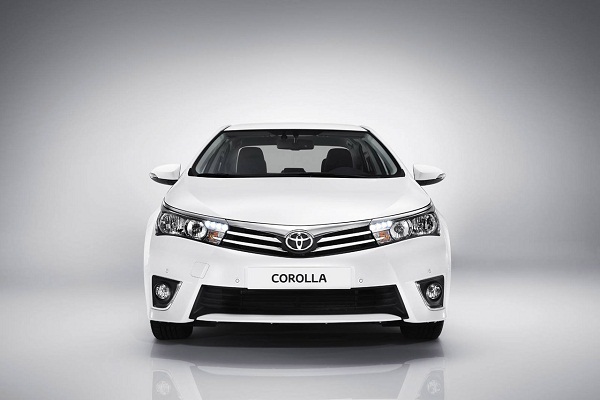 Toyota Corolla is definitely one of the best selling and most respected Sedans in Nigeria. Its successes in the Nigerian auto market have largely been buoyed by its sleek appearance, fuel efficiency and low maintenance. Ever since its introduction in 1966, the Toyota Corolla amazing range of sedans have grown in excellence over the years, packing some of the finest technologies and interactive features available, making it a top choice among industrialized nations of the world. The all-new Toyota Corolla 2014 punches above its weight in terms of comfort, styling and performance. This iconic brand now comes in a slightly longer build that allows a little extra cabin space, which makes it highly valuable in this part of the world. With that being said, we shall examine the 2014 Toyota Corolla under the following subheadings: 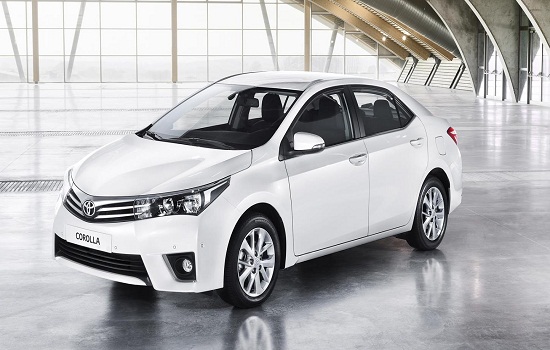 Although the various Toyota models developed over the years have largely been marketed as a budget sedan, its design and styling still rivals the very best in the automotive industry. This amazing ride comes with an athletic appearance that resonates with extreme sport lovers as well as Car racing fanatics around the globe. Despite its sporty looks and feel, it’s still very much a compact family sedan. The design ethos of the all-new 2014 Corolla hinges largely on “Iconic Dynamism,” which has been the major emphasis of its manufacturers. The 2014 model is about 3 inches longer that its predecessor and comes with an additional larger wheel base (4-inches). These extra inches here and there combine effectively to give the 2014 Corolla a more robust appearance. The well placed angular headlights and grille, work in perfecting unison, combining perfectly to give the 2014 Toyota corolla an intimidating appearance. 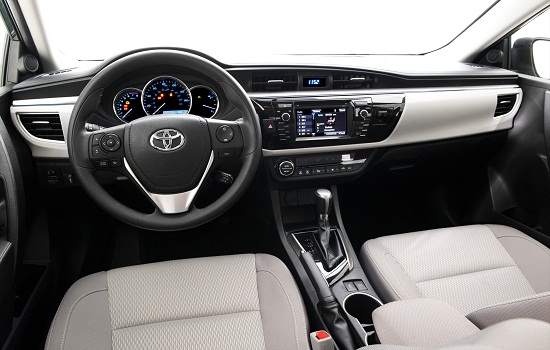 The 2014 Toyota Corolla may not possess the spacious interiors of similarly priced sedans, but it has certainly made progress in this regard especially when compared to its predecessors. The corners of its cabin appear to have been pushed outwards by manufacture, thereby creating the impression of increased space. The dashboard appears covered with soft touch materials with fake stitching, but then the cabin is largely strewn using pinstriped accents. Except the S model, all the other models come packed with a two-gauge cluster, which contains a 3.5-inch black-and-white TFT display with good computer functionalities. The LE and LE Eco models come with nicely upgraded fabric, while the Base models come with an excellent steel gray fabric.

This is one important aspect the previous Toyota Corolla models haven’t failed to deliver over the years, and the 2014 model is no exception. Toyota products are renowned for their excellent fuel efficiency and endurance, making them one of the most sought-after car brands in this part of the world. Unlike older models, Toyota engineers took concerted efforts to improve the Powertrain technology of the Corolla 2014, making it more responsive, fuel-efficient and easier-to-drive than ever before. The 2014 Corolla sedans comes in 3 basic variants which include the base L, the LE or LE Eco, and the sporty S. These variants mainly feature a 1.8-liter four-cylinder, 132-horsepower engine, with independent valve timing. Customers that want a better-than-average passing response would have to go for models with CVT, because they perform a lot better at top speeds when compared to automatics. The LE Eco models come with a new Valvematic that helps to control the timing of the intake valves as well as the lift, helping to reduce drag at higher speeds. The Corolla S model gives you a sportier feel, especially when driving on driving at speed on curvy, winding roads.

The safety features in a car is pivotal to the wellbeing of its users and occupants. The 2014 Toyota Corolla lives up to the billing in this regard, with its new active safety feature and improved structure that ensures overall safety for its occupants. The U.S government gave the All-new 2014 Toyota Corolla a five-star score in frontal and side impact areas. The new Corolla comes with a rear seat cross bar that helps to cushion and protect rear seating occupants against serious injuries, by loading the transmission during side impacts. In addition to the traditional driver and front passenger front and side airbag, as well as the side curtain airbag, the new 2014 corolla now features a front passenger seat cushion airbag, as well as a driver side knee air bag. With the 2014 Corolla, you have a sedan with air bags designed to protect virtually every vital part of the human body. Other safety features include a Smart stop system, blind-spot systems, Anti-lock brakes with Brake Assist and many other important safety features. 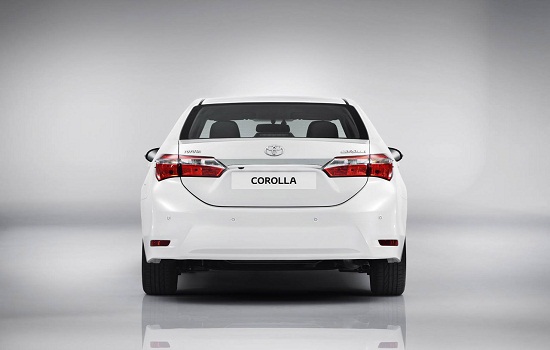 This is perhaps one of the best selling points of Toyota products in general. Combining an excellent sporty design with an engine that uses less gas per mileage, the 2014 Toyota Corolla definitely packs a punch in terms affordability and efficiency. Nigerians will find this Sedan appealing because of its frugal nature with regards to fuel management, owing to the problems associated with marketing and distribution of petroleum products in the country. With the all-new 2014 Toyota Corolla, you’d be getting well over 30 mpg in combined driving. Depending on the road and other driving conditions, you could even get over 40 mpg. The LE Eco model is primed to manage gas efficiently, as it features an Eco Drive Mode that brings changes in throttle response, shift points and accessory operation.

In conclusion, the 2014 Toyota Corolla exudes class, style and superior craftsmanship, which has been hallmark of this timeless, iconic brand. One of the best talking points of this Sedan is its advanced design and styling, which rivals those featured on high-end sporty sedans. The average price of the 2014 Toyota Corolla ranges between N4 to N6million, depending on the model and specs. The pricing is good, and puts this excellent ride within the reach of the middle class in Nigeria.