Politics APC on Uzodinma’s victory: We are confident other stolen mandates will be restored - The Cable

Curators
The All Progressives Congress (APC) says it is excited over the judgement of the supreme court in favour of Hope Uzodinma, its candidate in the March 9 governorship election in Imo state.

The apex court sacked Emeka Ihedioha as governor of the state and affirmed Uzodinma as winner of the election.

He expressed confidence that “other stolen mandates will be restored”. 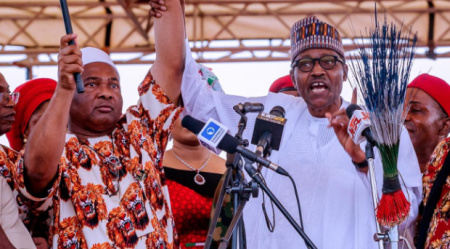