Will Pooley, a British nurse who recovered from the Ebola disease has traveled to the US to donate blood to try to save the life of another victim of the virus who he reportedly worked with in Sierra Leone.

The 29 year old nurse was discharged from the Royal Free Hospital in north-west London two weeks ago where he received treatment in a special isolation unit, BBC reports.

As a survivor of the disease, Mr Pooley could help the victim recover by donating his blood which will now contain natural antibodies that can help protect against Ebola.

Mr Pooley is thought to have flown to Atlanta at the weekend after the Foreign Office issued him with an emergency passport after his original passport was burned along with other belongings as a precaution to stop the virus from spreading. 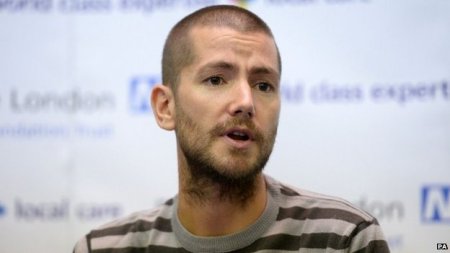 Blood of Survivors is the Key to Curing Ebola – WHO

A
Ebola: Liberia Thanks Nigerian Govt. for Funds, Demands Protection of its Citizens from Attack

Ebola: FG, LASG to Isolate 59 Persons Who Had Contact with Dead Victim - ThisDay

A
"We Know How to Stop Ebola now"- US Doctor