Metro Cancer: 5 Out Of 7 Radiotherapy Machines In Nigeria Are Faulty

Despite having an increasing number of citizens suffering from cancer, Nigeria only has seven radiotherapy machines, five of which are currently faulty, health officials have said.

Following complains by cancer patients across the country in accessing treatment, there is the need to ascertain the availability and functionality of radiation machines at some designated hospitals in the country, as the machines, used in treating sufferers, are said to be working either at half capacity or have packed up.

About half of all cancer patients receive some type of radiation therapy during the course of their treatment, whereby high-energy radiation is used to shrink tumours and kill cancer cells through X-rays, gamma rays and charged particles. 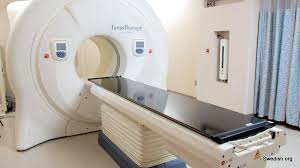 The radiation may be delivered by a machine outside the body (external-beam radiation therapy), or it may come from radioactive material placed in the body near cancer cells (internal radiation therapy, also called brachytherapy).

Systemic radiation therapy uses radioactive substances, such as radioactive iodine that travel in the blood to kill cancer cells.

While speaking on cancer treatment, Mohammed Habeebu, a Consultant Oncologist and Radiotherapist at the Lagos University Teaching Hospital (LUTH), Idi- Araba, Lagos, said the radiotherapy machine at the hospital broke down as a result of overuse.