Forbes, the influential American magazine has named President, of Dangote Group, Alhaji Aliko Dangote, among the 100 most powerful people in the world.

Aliko who is the only black person who made the list apart from President Barack Obama of the United States of America (USA) was listed at number 71 just a notch above the top Republican Party contender for the US presidency, Donald Trump. 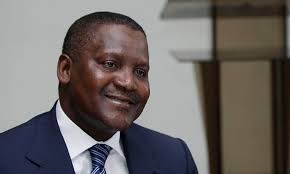 Occupying the number one spot is the Russian Prime Minister, Vladimir Putin, followed by the Chancellor Angela Merkel of Germany, and Obama in the third position.

According to Bloomberg, those on the list “build companies and assemble fortunes.

They run banks, or hope to disrupt them. They shape economies and spread ideas. They manage money and wield the clout that goes with the billions of dollars they invest.”

Business Top 10 richest people in Nigeria and their net worth – Legit.ng