The rift between former National Security Adviser and the Department Of State Services (DSS) continues with Colonel Dasuki dragging the DSS to court to protest his continued detention.

Colonel Dasuki is asking the court for a mandatory order directing the Department of State Services to remove all human and non-human barricades laid around his residence. 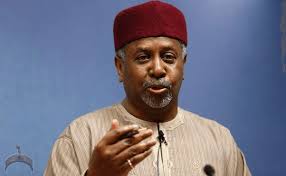 He said that this has hindered the accomplishment of the orders of the court which gave him permission to travel abroad for medical attention.

Colonel Dasuki is also asking the court to extend its order which allows him leave to travel as the said time has been breached by barricades laid by the DSS.