But there was then panic and tension at the camp ground when security operatives raised the alarm of suspected explosive device in the orientation camp which prompted corps members and officials of the scheme to scamper for safety. 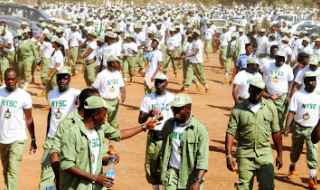 The security operative attached to the camp ground combed the hostels of the corp members looking for a possible place the device was hidden.
A corps member said apprehension heightened in camp when some unknown faces were seen coming into the camp ground during the camp fire night.

Following reports by some corps members that unknown faces were seen entering Aso Rock Hostel, the security operatives had to searched thoroughly for the device in the hostels.
As panic spread at the camp ground, the leadership of the scheme hurriedly distributed posting letters to corps members to proceed to their places of primary assignments.

Police spokesperson for the state, George Okafor, who confirmed the development, said the camp ground was safe as no bomb device was found by the anti-bomb squad deployed to the orientation camp.