Business Facebook Apologize for Banning 'Too Fat Photo' For Ad

“It was a mistake and has now approved the image”, the social network told the BBC.

“Ads may not depict a state of health or body weight as being perfect or extremely undesirable,” Facebook wrote. “Ads like these are not allowed since they make viewers feel bad about themselves. Instead, we recommend using an image of a relevant activity, such as running or riding a bike.” 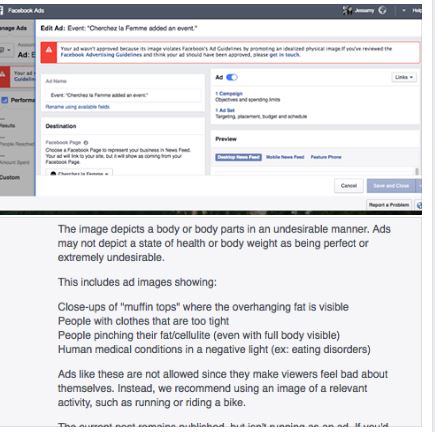