The federal government has denied plans to increase price of Premium Motor Spirit (PMS), popularly called petrol to a minimum price of N180

This was contained in a statement issued by Idang Alibi, Director of Press, Ministry of Petroleum Resources.

Idang said thee Minister of State for Petroleum Resources, Dr Ibe Kachikwu during the Joint Senate and House of Representatives Committee hearing on fuel scarcity never mentioned the need to increase price of petrol as the matter was still being deliberated on.

“Our attention has been drawn to publications making rounds on traditional & social media alleging that the HMSPR Dr. @IbeKachikwu dropped a hint of an impending fuel price increase during the Joint Senate and House of Representatives Committee hearing on fuel scarcity in Nigeria. 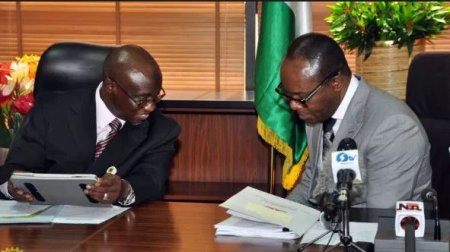 “The Ministry of Petroleum Resources would like to categorically state that the Honorable Minister of State, Petroleum Resources all through his presentations at the hearing, neither mentioned nor insinuated the need or plans by the FG to increase the current pump price of PMS.

“It would be expedient to note that that the Presidency has set up a special committee to identify the immediate and remote causes of the fuel scarcity with a view to finding both immediate and long lasting solutions to the challenge.

“The Committee has been in rounds of deliberations in the past few days and these discussions are still ongoing. The final decisions and recommendations from the Committee would be passed on to the President and Commander-In-Chief for approval.

“The general public and indeed stakeholders in the Oil and Gas sector are by this statement urged to disregard any such report of a price increase.

“Further information and communiqué on the resolutions would be communicated as and when due.”

Aug 2, 2022
ese
E
C
Metro ”There is a limit to what the citizens can tolerate” NLC rejects increase in Fuel price and demands immediate reversal – Linda Ikeji’s Blog