Team Europe has successfully retained their Ryder Cup trophy after beating Team USA on the final day of competition on Sunday at the Gleneagles.

Europe won the 40th Ryder Cup with a 16½-11½ victory over their counterparts,having dominated throughout the championship.

With talks about the level of unity in the camp of Europe,there were fears that they would bottle it and not defend their title,but they put aside every 'litigation case' to mount a successful campaign.

The people who drew the attention on Europe: Rory McIlroy secured a 5&4 win over Rickie Fowler while Graeme McDowell showed grit coming back from three down to beat Jordan Spieth 2&1.

Europe's captain Paul McGinley said: "I'm very proud of every one of these players. I couldn't have asked for an ounce more from them. I've been involved in so many Ryder Cups and seen mistakes we've made.

"I've changed things a bit, bringing in the fifth vice-captain has been a factor in helping to prepare the guys, especially in the afternoon sessions, but we have had 12 players who have been awesome." 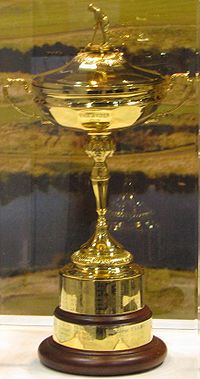