Bodies of a team of health workers and journalists who went missing after being attacked on Tuesday while trying to raise awareness of Ebola in a village near the southern city of Nzerekore, have been found, a spokesman for Guinea's government said.

On Thursday night, government spokesman Albert Damantang Camara said eight bodies had been found, including those of three journalists.

He said they had been recovered from the septic tank of a primary school in the village, adding that the victims had been "killed in cold blood by the villagers".

The reason for the killings is unclear, but correspondents say many people in the region distrust health officials and have refused to co-operate with authorities, fearing that a diagnosis means certain death.

The World Health Organisation said on Thursday that more than 700 new cases of Ebola have emerged in West Africa in just a week, showing that the outbreak was accelerating, BBC reports. 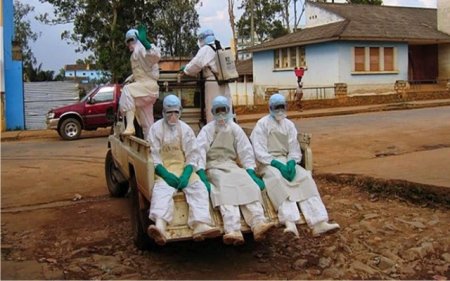