One Anselm Ugwuoke, has been arrested by the Enugu state police command after killing his father, Paulinus Ugwuoke, on Christmas Day in Imilike-Agu, a community in Udenu Local Government Area of the state.

Reports say at about 10pm on the said day, Anselm and some of his friends had a heated argument with his 60-year-old father at their family house.

Although the subject of the disagreement is unknown, it was learnt that the matter took an ugly turn when Anselm struck his father with an object. 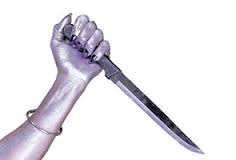 Paulinus, the father, reportedly collapsed and became unconscious after the hit. He later ‘gave up the ghost.’

However, after noticing that his father had died, Anselm, who is yet to be apprehended, reportedly took to his heels in company of his friends.

His elder brother, Sunday Ugwuoke has urged the police and other security agencies to ensure that Anselm was brought to book, said, “I am still in a state of shock over what has happened but I know we will still get Anselm.”

K
Metro Why I Kidnapped My Father – 20-year-old Son