Governor Sullivan Chime of Enugu state has denied accusations made by his deputy, Onyebuchi Sunday that he (Chime) owns and operates a poultry and piggery within the Government House; THE SUN reported.

A statement issued by Chukwudi Achife, the Chief Press Secretary to Governor Chime, said, "Our attention has been drawn to media reports credited to the deputy governor in which he alleged that Governor Chime owns a poultry and a piggery inside the Government House.

"Much as we would not want to join issues with His Excellency, the Deputy Governor (Onyebuchi), it has become necessary for us to put the records straight. The deputy governor’s claims that Governor Chime runs a poultry in the government (House) is most unfortunate and surprising. This is because it is patently untrue and the deputy governor knows better.

"The unit is manned by civil servants, including a veterinary doctor. Funds for its maintenance are provided for in the annual budget of the government. The unit also serves the deputy governor. As a matter of fact, staff of the unit slaughtered a cow from the unit at the request of the deputy governor on August 4, 2014.

"So, if the unit as he (Onyebuchi) erroneously claims belongs to the governor, why should it form part of the state’s annual budget? Why would the deputy governor request the unit to slaughter cows for him from its livestock holding?

"It is important to clarify that the said Agric Unit is not within the governor’s residential premises but a unit in Government House, which has other units like the Press Unit, Drivers Unit, among others. The Agric Unit serves the purpose of holding livestock for periodic slaughter for use by Government House staff, the Governor’s Lodge and the Deputy Governor’s Lodge. It was on the strength of this fact that he (Onyebuchi) requested the staff of the unit to slaughter a cow for him from the unit’s holding on August 4, 2014, and this was done.

"Now, the other question to ask is, since the deputy governor is fully aware of the existence of this unit and benefits from its services, why was he operating another one? The truth, however, is that he was operating a commercial poultry with his own staff, including as he admitted in his evidence, a marketing manager.

"The poultry in his residential quarters was relocated after he refused all official entreaties to do so, fully aware that running a commercial poultry within his residential premises clearly violated a policy of government. So, why would the state’s number two citizen violate a policy made by his own government?", the statement added. 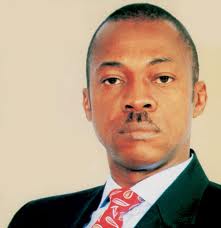