There had been reports over the weekend from top Nigerian newspapers that Abubakar Shekau the leader of the dreaded insurgents, Boko Haram may have been killed. Recent updates from top military sources also seem to be confirming the news that Shekau had been killed in the Konduga battle. Do you really believe that the Nigeria military had killed Shekau? Share your thoughts below. 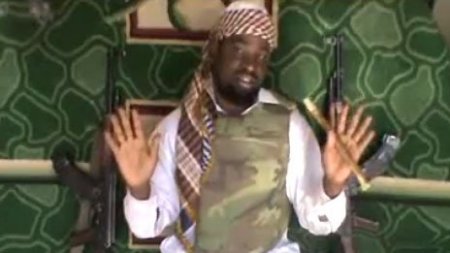 Well, depending on what you read and which sources you believe.

The DHQ, for example, says it cannot confirm the death of Shekau, and referred to media reports claiming Shekau had been killed as "speculation."

Military sources, speaking with Vanguard however, have a long (and remarkably fantastic) narrative about how they killed the sect leader. (Read the story here)

Sahara Reporters, however, will have none of it. First they have said Shekau died a year ago and the man killed is actually called Bashir Mohammed (read this here), and that the leader of the Boko Haram sect is alive and well (click here to read). A bit conflicting, if you ask me.

Meanwhile Cameroon and Nigeria are in their own little bit of controversy over which country actually killed Shekau. Cameroon released a statement and photos stating that it killed Shekau during an airstrike on his hideout.

Nigeria, however, says it killed Shekau in Konduga, but as yet there is no photo evidence to support Nigeria's claim (read all about that here)

Personally, I believe right now we can only speculate, and we may never know the truth.
Last edited by a moderator: Sep 23, 2014