A newly-wed plumber, Emeka Okpala, has drowned while installing a pumping machine in a well on Oladogba Street in the Ikosi-Ketu area of Lagos State.

According to PUNCH, a resident, Bilikisu Idris, said she got to know about the incident around 3pm, adding that the victim died because the person who contracted him to do the job did not raise the alarm on time.

She said, “Emeka (Okpala) was a very popular man on this street. He used to drive a BMW car, which he brought yesterday (Wednesday) to do the work. He was into all kinds of jobs and was very hardworking. He recently got wedded.

“The owner of the well wanted to install a submersible pumping machine. Those who were asked to do the job turned it down and said the well was old. When he was called, Emeka said he could do it since it was not his first time. 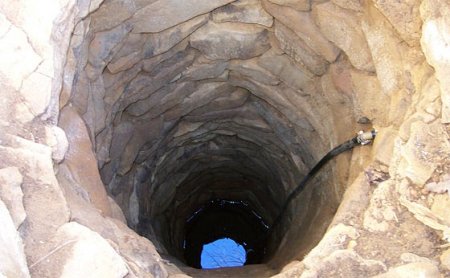 “He tied a rope to a generator and was descending the well when the generator fell on him in the well. He was crushed.”

The Director of the Lagos State Fire Service, Rasak Fadipe, confirmed the incident, adding that the corpse was handed over to policemen from the Alapere division who deposited it in a morgue.

He said, “Okpala wanted to install a pumping machine in the well when he got trapped. We received a distress call and the Alausa fire station responded. One of our fire officers, Salau, who led the rescue operation, recovered him dead.

“The corpse was handed over to the police from the Alapere division.”

Fadipe, who expressed anger at the incident, appealed to residents who wished to work on their wells, to seek the assistance of the agency.