Brazilian soccer legend, Pele has paid tribute to Muhammad Ali after the boxing icon's passed away at the age of 74, after respiratory complications. 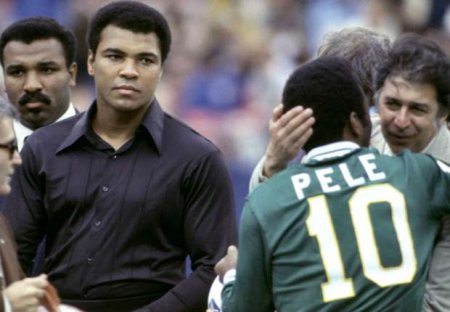 The duo could be unarguably described as the greatest sportsmen of all time. Pele and Ali dominated the sporting landscape throughout the 1960s and 70s, while their legends remain intact.

Pele, who posted a moving tribute on Instagram, sharing an iconic meeting between the pair when the former striker played in the United States with the New York Cosmos.

"The sporting universe has just suffered a big loss," he said. "Muhammad Ali was my friend, my idol, my hero.

"We spent many moments together and always kept a good connection throughout the years. The sadness is overwhelming. I wish him peace with God. And I send love and strength to his family."