But he said even though he was at home at the time, he was not in the room where the money was shared. 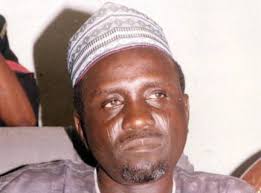 Former Foreign Affairs minister Aminu Bashir Wali said in a radio programme that he collected the money from PDP headquarters in Abuja and took it to Kano where it was shared in Shekarau’s residence.

However, Shekarau, who spoke through his media aid, Malam Ghali Sadiq yesterday, said he did not see the money in question when it was brought to his house.

“Wali approached me the day he collected the money and said because of security he wanted to share the N950m in my residence and I obliged.

“He brought the money to my house around 2am. I was in my room upstairs when they came in and I remained there up till the time they finished the sharing.

“Wali and some other party members shared the money according to the directives given to them. So I did not even see the money with my eyes,” he said.

Asked whether the former education minister had collected his share of the N950m, Sadiq said “Malam Shekarau did not tell me anything about that. All he said is that he will honour the EFCC’s invitation.”

Curators
Lol... he knew they were sharing it in his house but he was not in the room.
K

They do not see it as lying. They are simply talking to fools. That is the only explanation I can come up with. When they look out at the public they do not see people, they see sheep and all the shepherds are in the cave sharing money.
K

Curators
True....and its so ridiculous to note that it has always work out for them.