The National Agency for Food and Drug Administration and Control (NAFDAC) has closed down Kano based Chinese company for producing a substandard and unregistered brand of insecticide called ‘Wave Tide Mosquito coil’. 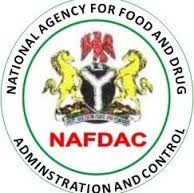 The company, Plant Fibre Mosquito Coil, is located on No.49, Maisikeli Road, Nasarawa Local Government Area of the ancient city.

The Chief Regulatory Officer, Mr. Paul Akeh with the Investigation and Enforcement Directorate of NAFDAC, Lagos led the operation and made this known while briefing newsmen shortly after shutting down the factory.